To no one’s surprise, the weekend was fantastic, all thanks to God.

Here’s a letter team leader Bob Leitner recently sent to the team and would like to share with the entire Kairos community.

Wow!  My mind is still spinning, however; I want to try to capture a few thoughts and thank you as a team.  Yes, I believe I am in the riverbanks to give each of you a hearty thank you at this point in time as we look back.

I could not have asked more of you.

Illness, impending back surgery, fatigue; nothing stood in our way as we were truly empowered by God to carry out His Kairos ministry to Camp C.  We accepted thirty-six (36) guests and did not lose one.  Thirty-six crosses were accepted last Sunday and I believe thirty-six lives were impacted.  In addition, real transformation has occurred on our team during the training and the weekend of this ministry. 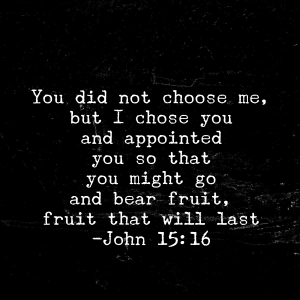 God has been very good to us!

By God’s grace, the ripples from Team 59 spread far beyond the team and our guests.  We have been blessed by a host of “angels” in our Christian communities and congregations.  The prayer support was awesome – the prayer chain overflowed – the agape received from other Kairos communities knit us together with the bonds of God’s love.

As usual, we had beautiful and touching placemats and letters from children.

The congregation of First United Methodist Church in Baton Rouge engaged members to write agape letters offering affirmation and blessing; over five hundred of these were written and incorporated into the guests agape letter bags.

So, the blessings flowed out to the engaged members far beyond the team or the guests.  The prayer support was the foundation of this Kairos.  We experienced numerous guests requesting clergy time on Friday and Saturday.  This time, for prayer or for the  unpacking of yearnings and questions, is not always requested to the extent we experienced it.  The prayer box was actively used throughout the weekend.

Now, as a past leader, I look back and realize this has not been and never was about me.  I, we, have just showed up!  God has been present and active in each small detail of the planning and weekend.  It has truly amazed me to look with hindsight at the selection of speakers, meditations, and Instructional talks.  God was actively in all these selections far beyond my human capacity.

God’s imprint was indeed on the selection of our team; WE WERE CALLED BY NAME!

I would like to convey a few stories that were experienced on Saturday afternoon.  The agape letters were being opened at the tables.  The Chaplain was sitting with one guest and reading letters to this individual incapable of reading his own. Many of our guests were quietly crying and shaking their heads in disbelief and a deep sense of wonder.

I noticed the Correctional Officer, yes the Guard, moving slowing from table to table.  He placed a hand on the men’s shoulders to gently remind them that he was there and that he loved them too.  He told me that these men were “his family” after 26 years at Angola.  He sang with them, ate with them and prayed with them during the course of the weekend.

Small cakes, decorated with each guests name, were distributed at dinner Saturday.  As they were passed out, we realized that one cake had inadvertently been misplaced or lost, leaving one resident without a cake. Before we had time to come up with a game plan on how to handle this embarrassment, another guest (with the same first name) stepped up and offered his cake.  They embraced and split the cake!  Grace upon grace was given.

Our team was blessed with a balance of Kairos veterans and twelve members that were new to the Kairos ministry.  They each committed to return and three individuals stepped up to accept the challenge and blessings of future leadership.

The ministry of Kairos Angola is in good hands with a bright future.  “Jesus, name above all names” continues to carry me forward into the new day.

Blessings and thanks to each of you, I love you!

Our web site name is the same as our motto

This banner has been with us over 20 years and is visible at each team formation meeting as a reminder of what Jesus calls us to do.